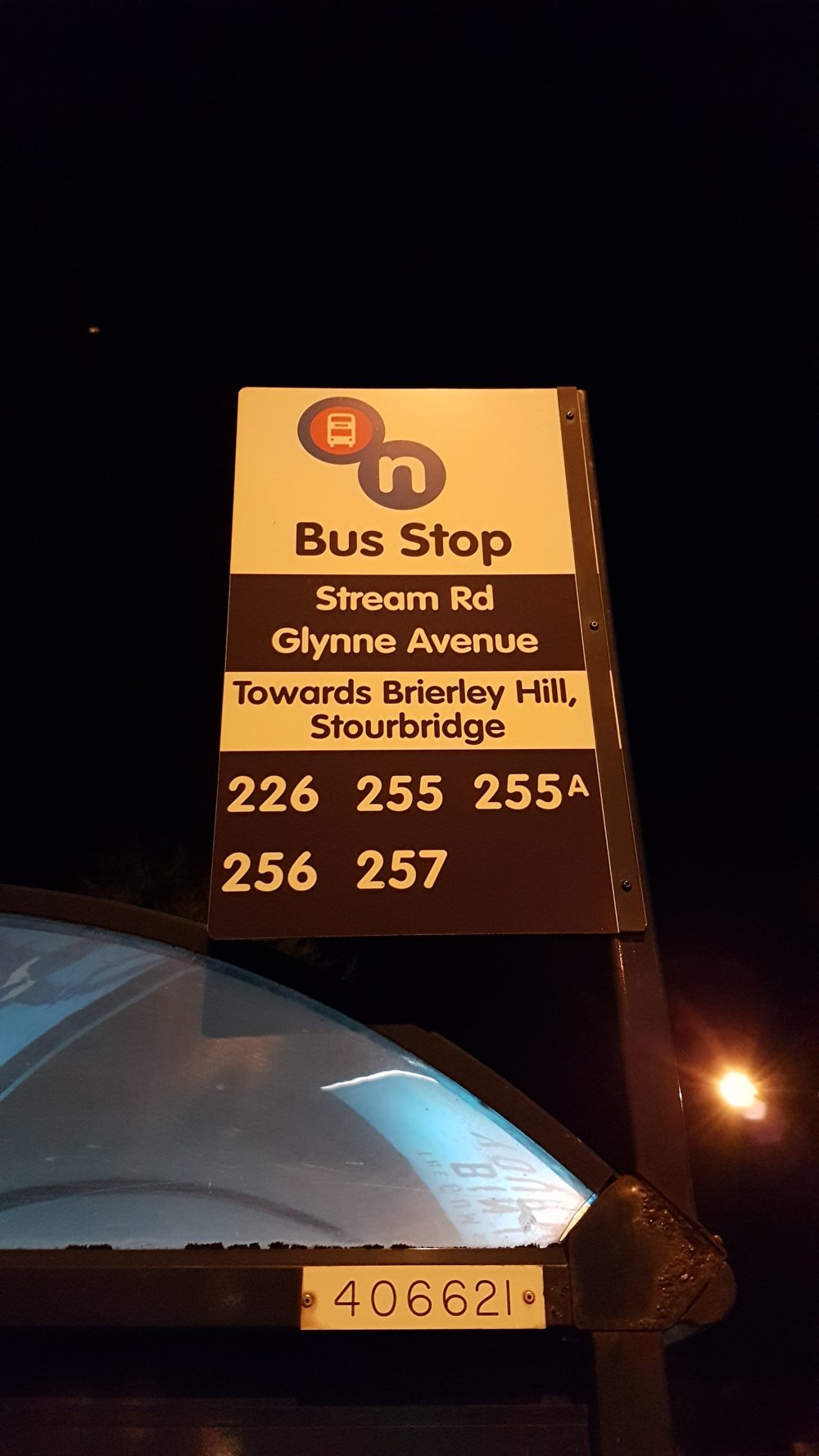 Over a week ago, National Express West Midlands renumbered loads of their Black Country services. The possible rights or wrongs of all of this were discussed in the previous blog, but what is clearly evident is that many of the bus stop flags are still displaying the old regime, even if the timetables have been changed.

Does this matter? In my view, yes. Wholeheartedly. To current non-bus users, buses often represent confusion. This big renumbering project – taking out route numbers dating right back to 1928 – is apparently based on simplification. I’m not averse to that, and I don’t lazily dismiss the concept. But if we’re going to do it, let’s at least get it right straight from the off.

One day after the changes, I found myself, randomly, in Wolverhampton bus station. I visited the travel shop. On display were numerous “old” timetables, showing old, now defunct, route numbers. Of two brand new routes, there were none.

I returned to the scene of the crime 6 days later. Much the same (although I did manage to acquire the new routes timetable). (A mini-whinge with a friend who works at Transport for West Midlands will hopefully sort this misedemeanor).

Another friend in the pub tells me that the renumbering and slight re-routing off-peak of his local route has left him and his elderly father without a direct route to the local hospital, off-peak. To say he’s spitting feathers does a disservice to feathered species everywhere. And to add insult to injury, the new part re-route only has one formal bus stop on it. Efforts to hastily arrange “hail & ride” has resulted in inevitable confusion, with some drivers playing ball and some not.

And what of the poor local Councillors here, who campaigned for this new section of route? What is needed is a new series of stops along the new route, but I’ll bet at least half of my life savings that wherever they want to site new stops will be met by resistance by some local residents – and that will leave a conundrum for said local councillors. A fascinating spectator sport.

But there’s a serious point to all of this. There’s been a long lead-time into this revision. Users and locals were rightly consulted on the changes, but the outcome has seen certain ideas clearly not thought through.

It’s potentially damaging. If the whole idea of giving Dudley’s buses “a new identity” was the plan, some of the execution of it hasn’t worked well.

The best bus operations run on true partnership between operator and authority. We have, on the face of it, a good partnership here in the West Midlands, but it clearly isn’t top of the league yet. The route changes were registered in time, but still the flags weren’t changed on time – and in numerous examples – appear that they won’t be for some time yet.

There is also anecdotal evidence that some buses themselves were in service on day one still displaying old route numbers – how were they even available for the driver to select?

I asked a senior industry figure if there is any evidence that the increasingly popular exercise of “simplifying” route numbers down to 1 or 2 digits actually brings increased patronage. His reply was that when he’d done it, it was normally accompanied with other measures, such as new vehicles and timetable/route changes, so the act of just changing route numbers on it’s own doesn’t, in his view, have any documented evidence one way or the other.

Whether we do this or not, and for whatever reasons, the industry needs to be on the ball and ready – from the first journey on the first day. There will be enough angst amongst existing users, without having to confuse potential new users too. Tesco’s wouldn’t have misleading information about their products over a week after they changed them – why is the bus industry being sloppy about this?

Transport for West Midlands / West Midlands Combined Authority owns and controls the infrastructure. So much so, they won’t even let the operators inside the timetable cases at stops and shelters to put up information for passengers. They also charge operators for changes that they make. Nowt up with that, in principle, and if they had a monster project such as this, they should bill the operator accordingly – but for goodness sake, get the job done on time. To their credit, the actual timetables at stop all seem to have been done – but there are now numerous examples of them not marrying up with what is on the flag.

We’re back to the ever-present argument of the bus industry needing to present a product that is relevant to people. With my finger stuck in another pie, I’ve been trialling some taxi products recently. I can’t emphasise enough how easy it’s been to order a cab through a mobile app, and how hassle-free and quick the whole experience has been. It’s still more expensive, but the trade-off is simplicity and efficiency. The bus industry needs to be relevant to people’s mobility needs. Anything that causes unnecessary confusion is a big bullet in the foot.